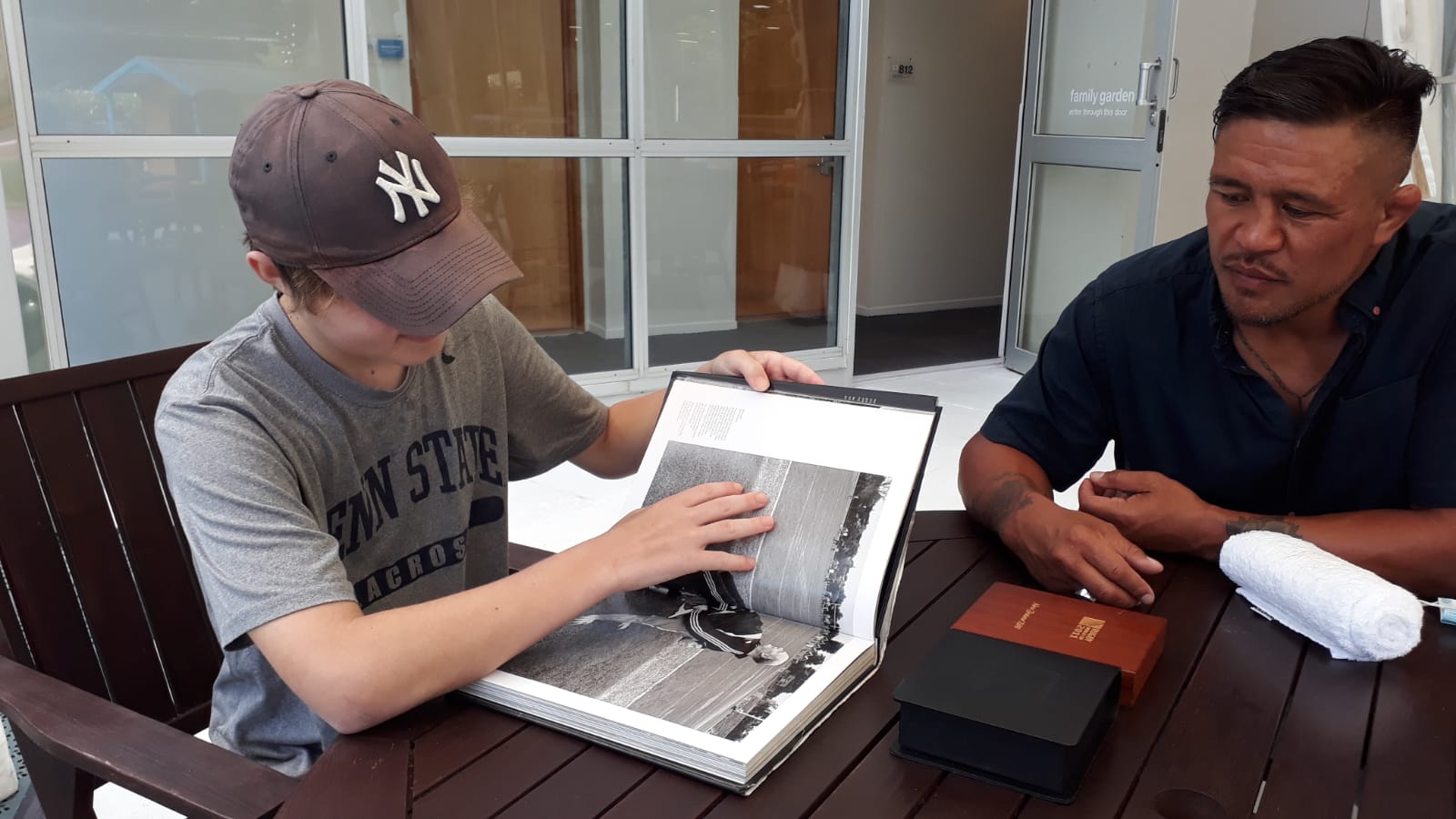 All Blacks legend Keven Mealamu paid a surprise visit to the rugby-mad Jake in hospital last week. Mealamu, former New Zealand hooker, the third All Black to achieve 100 test appearances, and a key member of both the 2011 and 2015 Rugby World Cup winning New Zealand squads, visited Jake on behalf of the Rugby Centurions Foundation.

Jake is an avid rugby player and fan. On a rugby pitch, physically there may be bigger boys, but it’s Jake’s skill, not size, is what troubles the opposition when he plays. He is always a threat with the ball in his hand. Jake doesn’t bash his way through the midfield, he probes for gaps putting the opposition in two minds. Alternativity, he looks to change the angle on the attack and is always happy to be used as a decoy.

Recently Jake had been selected to take part in the U15 Developing Player Programme for Bath rugby in the UK. Jake also played two county games for Dorset & Wilts U15s before covid prematurely ended the season. During the same time, Ultimate Rugby 7s (UR7s) selected Jake to attend their Sevens Rugby Academy.

But his dream was always to play rugby in New Zealand. After saving all the money he earned doing his paper run, Jake paid for his own flight to get to New Zealand where he attended the player’s course of the International Rugby Academy of New Zealand. On day one, the boys underwent a speed test, followed by a fitness test. Each day consisted of 3 to 4 hours of physical activity, preceded and followed by classroom sessions. It was evident that Jake was struggling during the rugby course. He found it a bit hard as he couldn’t find the energy to perform.

Sadly, a few days after the course had finished he was admitted to Hamilton hospital. He underwent a bone marrow biopsy and the results came back – A.L.L. Leukemia! Jakes treatment is now divided into phases, induction, consolidation, and maintenance which will be ongoing for about 2 1/2 years of treatment. Everybody at the Rugby Centurions Foundation wishes Jake a speedy recovery.