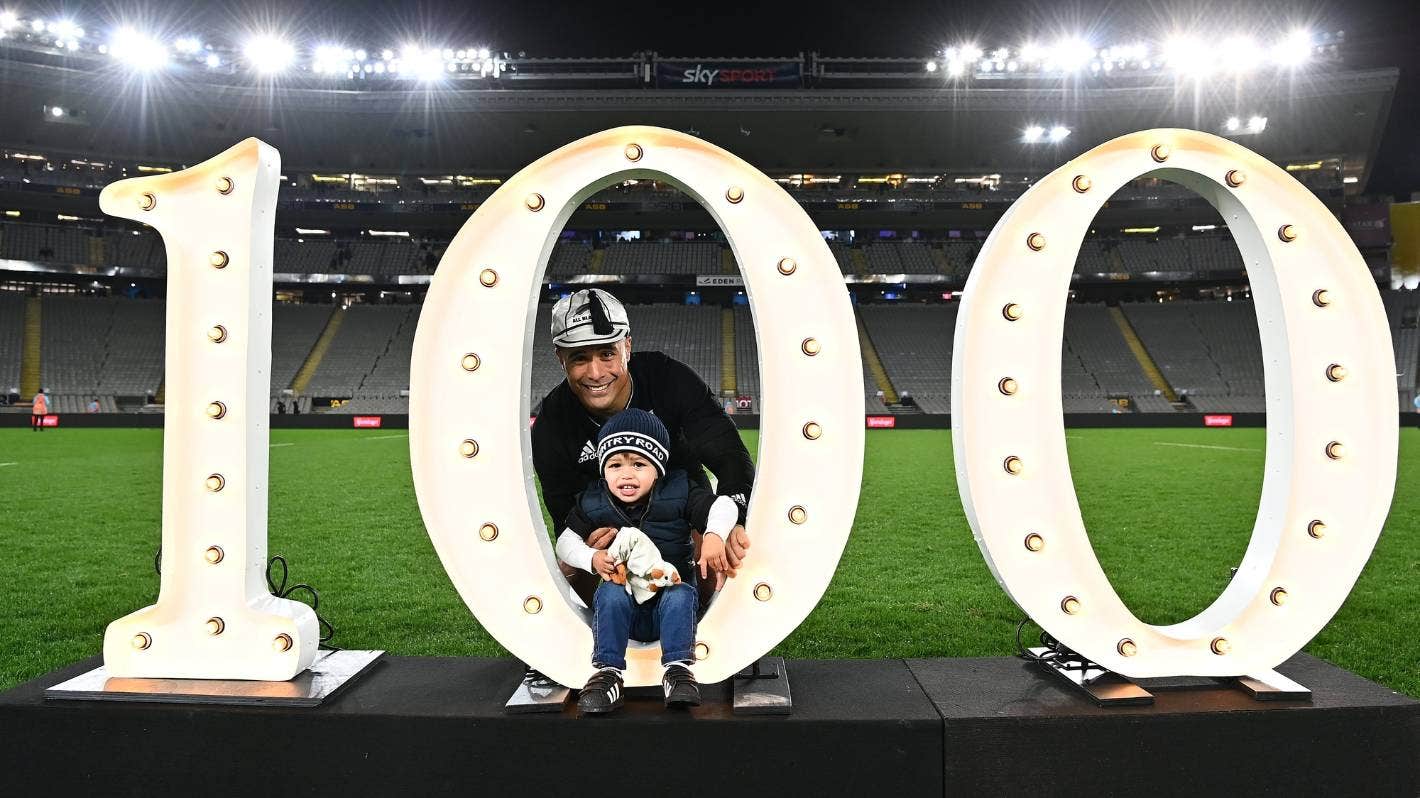 Aaron Smith becomes the latest All Black to reach the Centurion milestone when New Zealand held off Australia to win 33-25 in the opening Test of the 2021 Bledisloe Cup series in Auckland. New Zealand has won the Bledisloe Cup for the last 18 years and the Wallabies have not won at Eden Park since 1986.

The scene was set for Aaron-Smith to mark his 100th Test Match with a win.

All Blacks coach Ian Foster said: ‘He’s a special man, he’s achieved so much in the black jersey and has been an iconic player for us over the last decade’.

Smith made his All Blacks debut on 9 June 2012, against Ireland. Incredibly, Smith has been selected for every New Zealand squad since 2013, including the 2015 Rugby World Cup squad. Smith became the leader of the All Blacks’ haka in 2016, following the retirement of another All Black and Rugby Centurion legend Keven Mealamu. In 2018, Smith became the most capped scrum-half in New Zealand history, breaking Justin Marshall’s long-standing record.