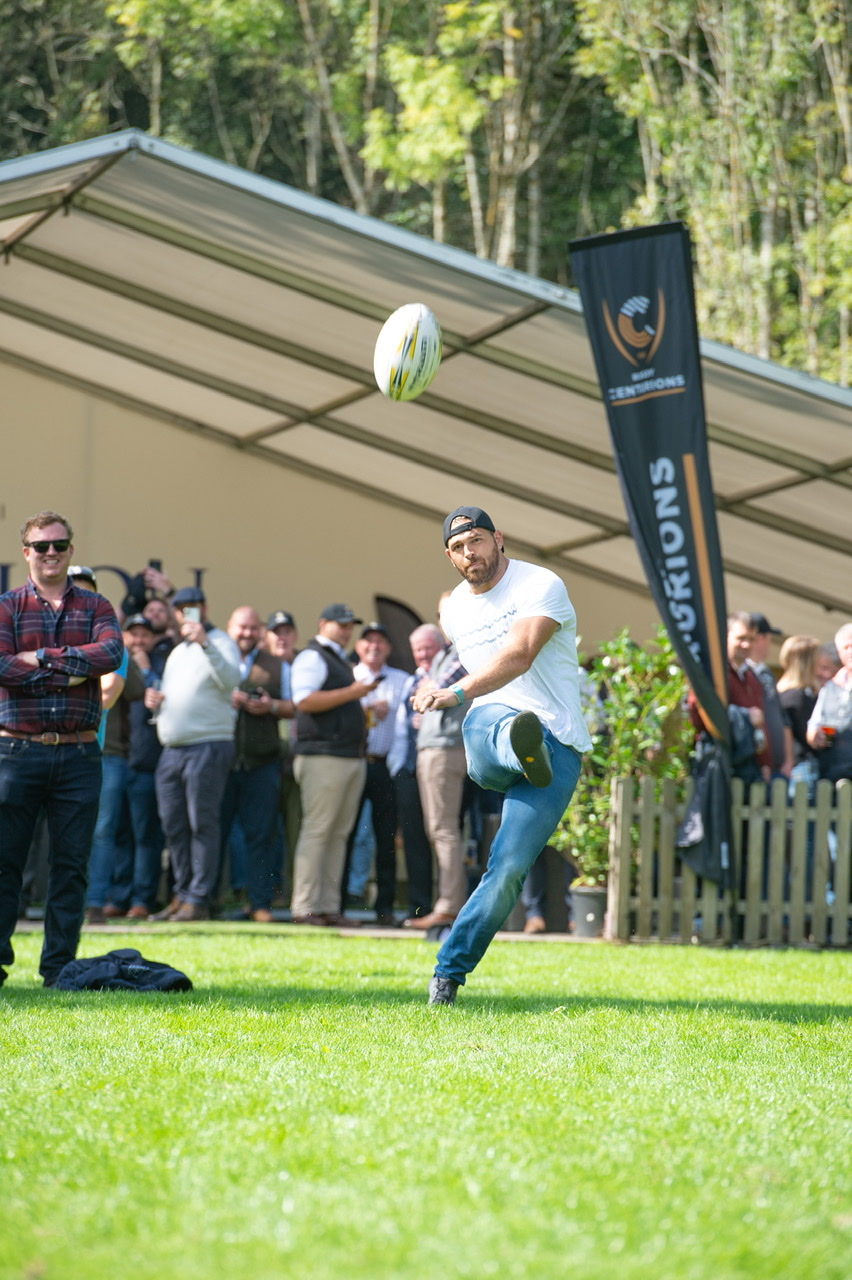 On 14 September we were delighted to welcome seven of our Centurions as well as Members and Partners of the Rugby Centurions Club to the shoot day at EJ Churchill’s Lane End shoot ground. It was an exciting day from which a team consisting of Centurions Sean Lamont, Rocky Clark and Rory Best along with John Best emerged victorious. The day ended with the presentation of Sean Lamont’s Honour cap.

Sean earned his first cap in the summer of 2004 with a win against Samoa and went on to enjoy a long career in the Scotland team before retiring from international rugby in 2017. Ending his international career with 105 games played wearing the Thistle, scoring 70 points in that time.

Coincidently wins against Samoa would play a significant role in Sean’s international career with his 50th cap in 2010 and his 100th Cap at the 2015 World Cup both coming in wins against Samoa. Earning his 100th cap Sean became the third Scottish player to reach the century mark and at present is one out of four Scottish Centurions.

We were delighted to have our partners Charles Square along on the day to present Sean with his Honour Cap. Reflecting on his 100th cap at the presentation Sean said “for me it was never really a goal, I just wanted to do my best for Scotland as always” and “I loved playing for Scotland I didn’t do it for caps I did it because I loved it” but he went on to admit that once he got there it was “special”.

Looking forward Rugby Centurions will be working with Sean along with fellow Scottish Centurion Donna Kennedy to provide the Next Generation Mentoring programme to students at the City College of Glasgow. With the aim of aiding students in their transition from education to employment.