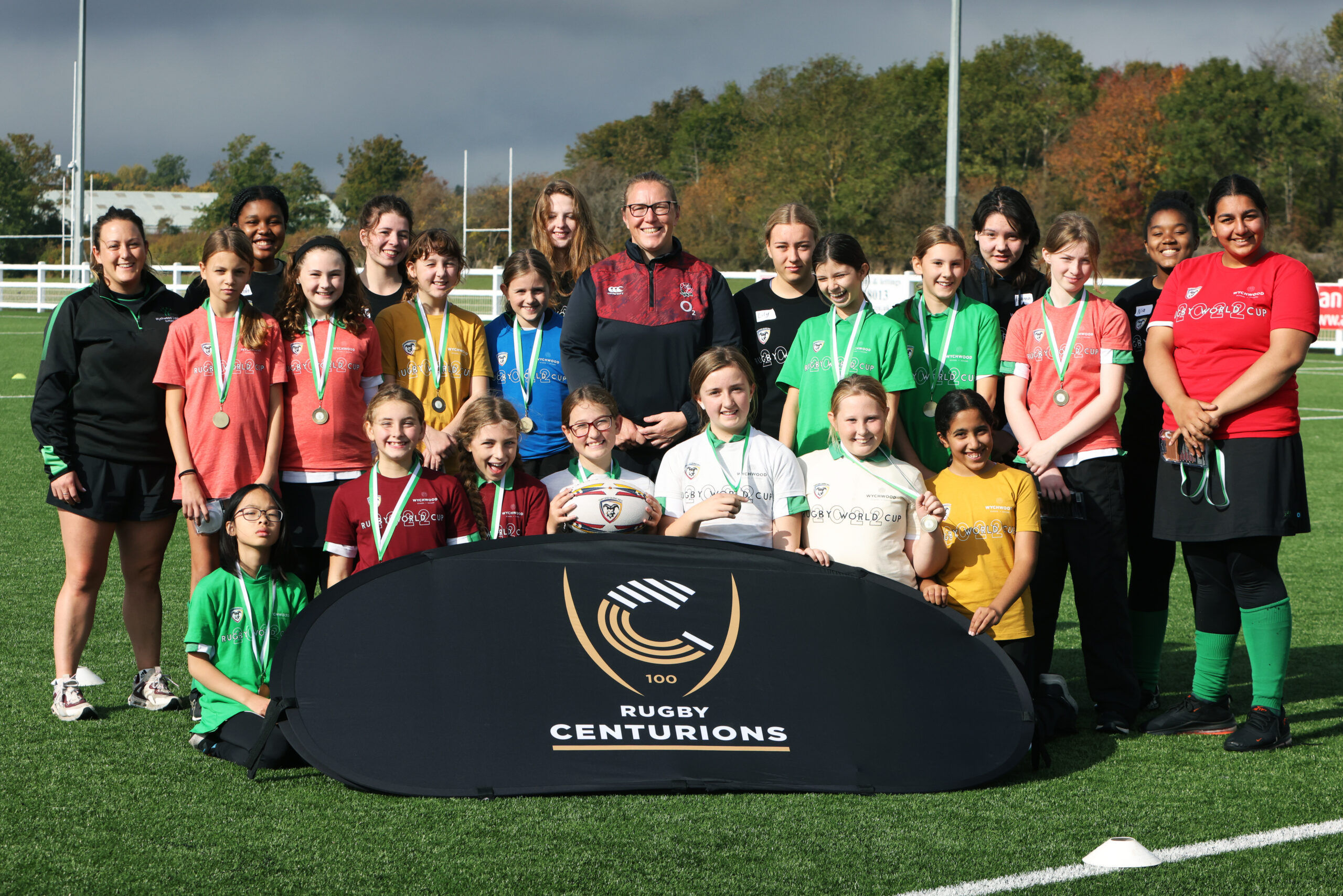 Rugby Centurions were delighted to support the Wynchwood School, Oxford, who hosted a Rugby World Cup for female students from across Oxfordshire.

The event at the Oxford Harlequins Rugby Club marked the beginning of the Women’s Rugby World Cup which kicked off in New Zealand over the weekend and was organised by the independent all-girls school to show its commitment to increasing opportunities and developing the game.

The event was split into two sessions which saw 80 girls aged 10-12 in the morning before 150 more girls aged 13-16 were welcomed in the afternoon to play. The various teams competed in a round-robin touch rugby tournament each representing a world cup nation such as England and Australia. The girls came from numerous local primary, preparatory and secondary schools, it was great to have so many schools come together for the event to help improve the exposure of young girls to the game of Rugby.

Rugby Centurion and record England cap holder Rochelle Clark, MBE, was at the event supporting the morning group, helping to coach the Girls as they played and present them all with their medals once the tournament had finished. Saying “Encouraging youngsters at grassroots level to take up rugby is so important. The women’s game has developed so much, but key to continued progression is ensuring more children enter the sport. It was a pleasure to see so many children enjoying rugby in Oxford and the passion in the community. Congratulations to Wychwood School for hosting such an inspiring event that promoted rugby, teamwork, fitness and ambition.”

The Event was a success, we were excited to be able to help support this event as it fits in so well with our values of helping to develop the next generation.

Thank you to the Wynchwood School, Oxford Harlequins RFC and all the schools in attendance for creating a being part of this special event.