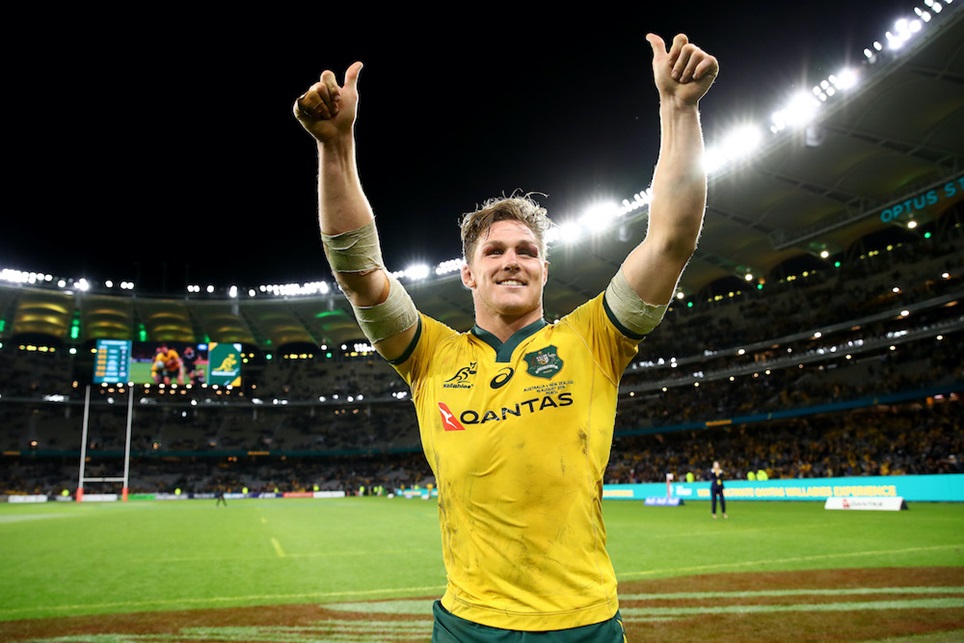 By winning his 100th international test cap against New Zealand at Sky Stadium, Michael Hooper has now joined the toughest membership in the world. He made his debut against Scotland eight years ago, but he raced his way up to 100 caps and joined fellow Australian Centurions: David Campese, George Gregan, Stephen Moore, Adam Ashley-Cooper, Nathan Sharpe, George Smith, Will Genia, Sekope Kepu, Matt Giteau, Stephen Larkham, and Rob Simmons.

Hooper has captained the Wallabies in 47 of 100 appearances and has enjoyed a stellar international career since the 2011 World Rugby U20 Championships in Italy. However, no player in world rugby has achieved more “tests” than Hooper since making his debut, he tallied up 95 points along his journey and scored some 19 tries.

His 100th test was against New Zealand in the Bledisloe Cup, a four-Test series played in Australia and New Zealand from October to November. The first match of the series went down to the wire, both sides contributing to a fantastic, exciting contest that ended 16-all in Wellington. Now, all eyes will be fixed for the second test at Eden Park on on October 22 at 2:00 p.m.